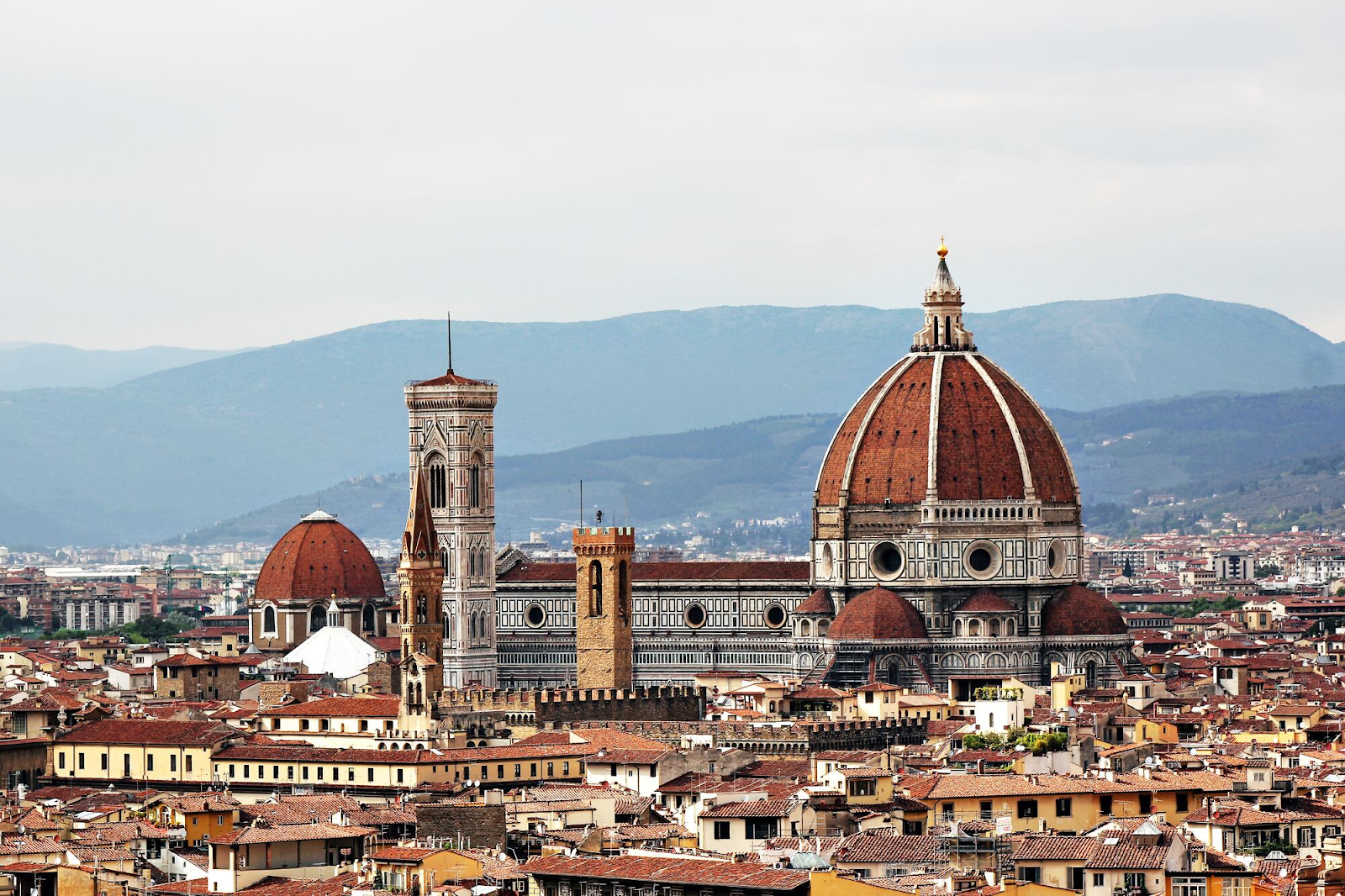 A key landmark of Florence, Italy is that of The Cathedral of Santa Maria del Fiore, also known as the Duomo. In today’s post, we’re going to cover the fascinating history of how the cathedral’s dome came to be and why it inspired us to create a unique dinnerware set based on the cathedral.

The Architects Who Developed this Iconic Landmark

The Florence Cathedral was originally a dome-less building--created in 1296. But in the 1400s, a contest was announced for designing a dome to be added to the structure. The catch? The desired outcome was a large dome without any centering or supportive beams (like pointed arches of flying buttresses). Along with fame for accomplishing such an ingenious feat, the contest winner would receive 200 gold florins--which would be the equivalent of around $100,000 today.

Architects traveled to this Italy destination from around the world to submit their design plans, but surprisingly, the prize was awarded to Filippo Brunelleschi--a hotheaded goldsmith with no formal training in architecture or engineering. Brunelleschi was mocked widely for his design, but city officials found his idea intriguing. The plan involved building two domes nested together and reinforcing the structure with stone and chain hoops to eliminate the need for buttresses. New ways of thinking about construction were also required to implement the design, but Brunelleschi provided an effective plan for that as well.

Knowledge regarding the construction of the dome is limited. From the very start, Brunelleschi was deeply secretive about his plans to avoid others from copying him, and his motivations were compounded by the fact that he was required to work with a rival craftsman as co-creators for the execution of the building. As a result, Brunelleschi carefully ensured that few details were left behind.

The Artists Who Inspired our Everyday Dishes

In the late 1500s (more than 100 years after the construction of the dome), court painter Giorgio Vasari undertook the role of painting the interior ceiling with a depiction of "The Last Judgment." However, Vasari died before completing the painting, so artist Federico Zuccari brought it to completion--ordered to mimic Vasari's style and vision.

In the 1990s, the dome also received a restoration to the painting as it had aged poorly after hundreds of years of cathedral use and natural wear. Using modern understanding, restoration artists were able to stabilize the paint and ensure the longevity of the designs for the foreseeable future. The Everyday Dish Set of Duomo

With such a rich history and fascinating story, we simply had to develop a unique dishware set whose namesake is that of the Italy destination: Duomo.

The borders of each dish are carefully designed with classical flourishes and layers leading up to a central focal point to convey a feeling that you are looking up at the layered ceiling of the dome from inside the cathedral.

So if you love the story of the Florence Cathedral--from hotheaded contest winners to careful court painters, be sure to bring the story home by adding Duomo to your everyday dish collection today!

If you'd like to read more about the cathedral, these are the references we used:

Get the latest updates on new products and upcoming sales